The novel Heavy by Kiese Laymon (2018) is a memoir surrounding his life growing up as an African American male in America. The intent behind the memoir is to challenge the way this nation tackles issues today. I chose Heavy (Laymon, 2018) because in many of his works Laymon not only exposes his narrative as an African American male to raise awareness to important issues but does so in an effort to solve them. In Heavy (Laymon, 2018) as well as Laymon’s other works he addresses – and raises awareness for – discrimination towards African Americans, the lack of African American representation, and gender inequality. These are issues that need to be addressed to be resolved.

In the short story “Quick Feet: When Counting to Ten isn’t Enough” by Laymon (2018) readers are taken into the narrative of an eighth grade Laymon as he spends the day with his grandmother. The short story tackles the issue of discrimination and representation surrounding African Americans. Especially the recognition of their importance which grows within Laymon as the story progresses. In the beginning of the short story Laymon addresses the behavior of two white characters in a television show. He asks his grandmother if “black folk like us” could get away from the police as the characters do (Laymon, 2018. pg. 75). This shows a lack of experience with the treatment of policemen toward African American males. There are recent incidents, one being George Floyd, which show that this is a controversial issue. However, as the story progresses there is an encounter between Laymon and a white child that shows the discrimination surrounding African Americans. When Laymon says he is not allowed to shoot guns in response to being asked to with the white child, the child responds saying, “‘But all y’all do is shoot guns in Jackson,’”(Laymon, 2018. pg. 76). This is an example of racism. As Laymon narrates his personal unprovoked encounter with racism it spreads awareness of the issue to me as a reader. Being a child unfamiliar with such discrimination Laymon reacts with an outburst of emotion. He stomps on the clothes of the child’s family (Laymon, 2018. pg. 78). This moment shares the raw emotions of Laymon that have been felt among countless African Americans. Laymon finds a way to express the feeling of those African Americans in his writing, and this is a feeling that needs to be felt to be understood. A feeling that should be understood to be prevented. 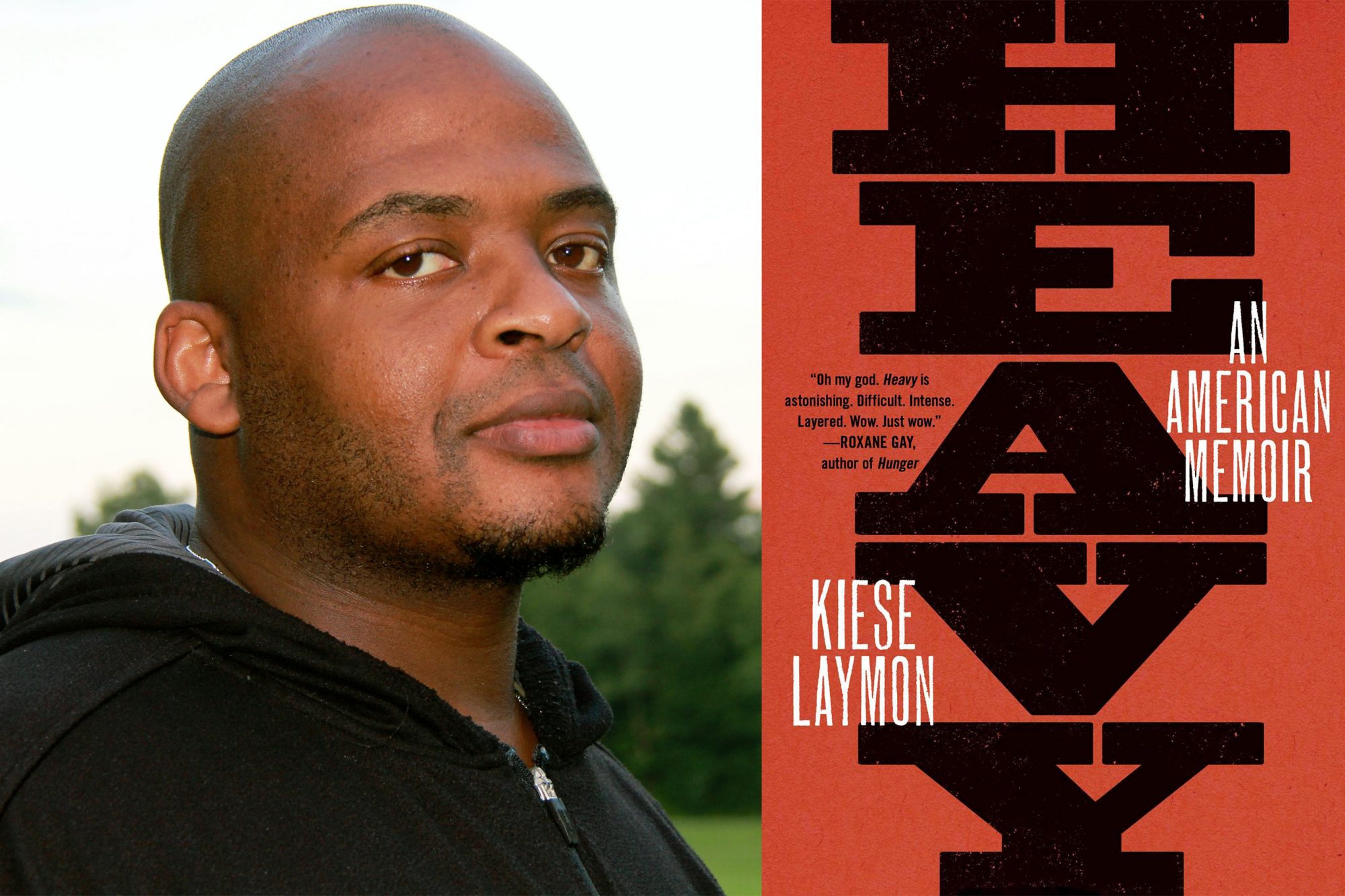 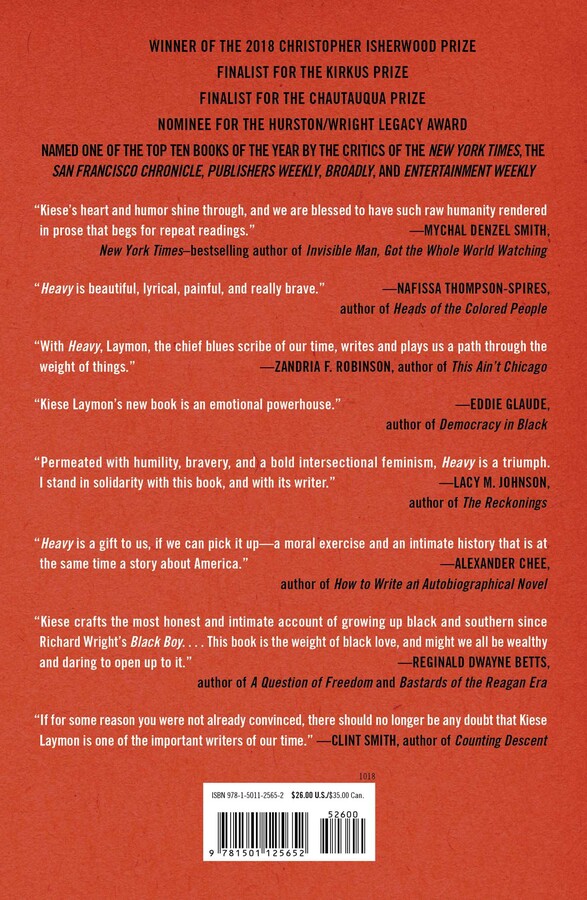 Heavy is Kiese Laymon’s 2018 memoir. It won the 2019 Andrew Carnegie Medal for Excellence in Nonfiction and the LA Times Isherwood Prize for Autobiographical Prose. On another level, the book is an extended, metaphoric consideration of different sorts of being “heavy” – the heaviness of a large physical body, the psycho-spiritual “heaviness” of growing up black in an environment of racism, and the psycho-emotional “heaviness” of being the troubled child of a similarly troubled, secretive single mother. Kiese Laymon was born and raised in Jackson, Mississippi. Distinguished Professor of Creative Writing and English at the University of Mississippi, Laymon is the author of the novel Long Division and a collection of essays, How to Slowly Kill Yourself and Others in America.His third book, Heavy, was a finalist for the Kirkus Prize for Non-Fictionand and was longlisted for the. 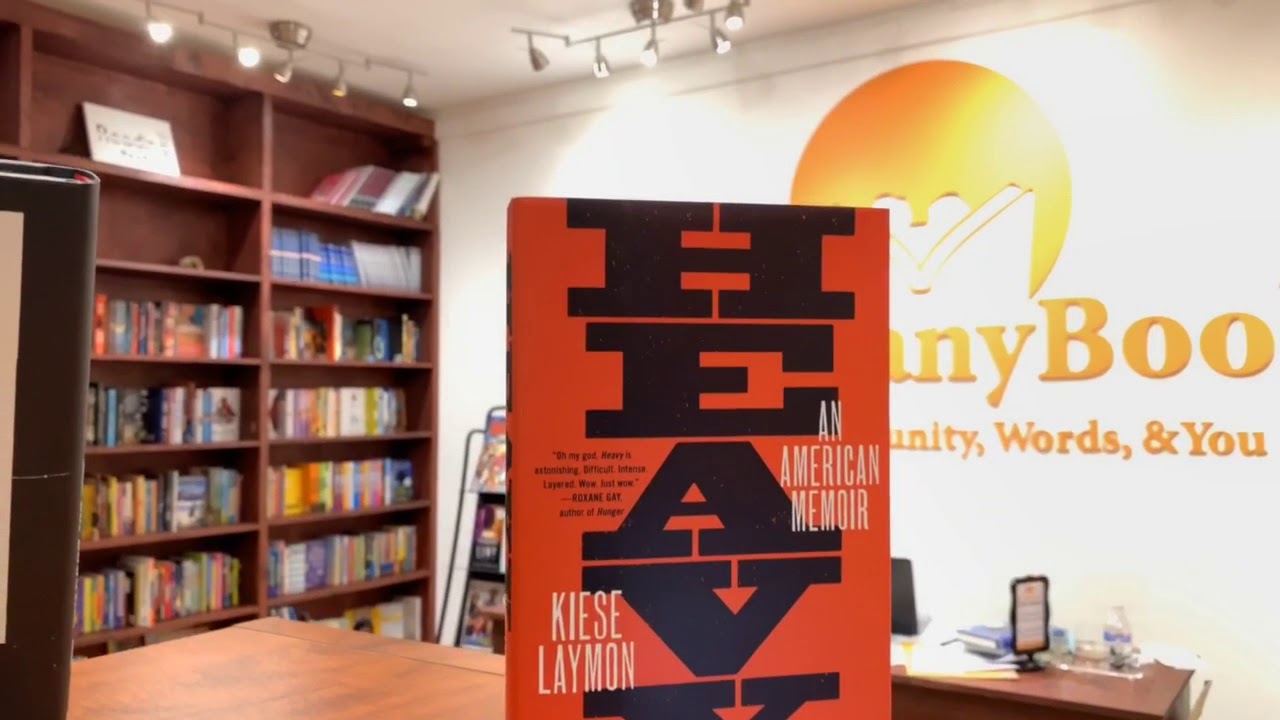 In the article “Now That She’s Free” by Kiese Laymon (2018), he shares his personal views toward Michelle Obama being out of office. As the title suggests, Laymon viewed Michelle Obama as trapped through her years in office. He stated that her, “gender, race, complexion, politics, and power”(Laymon, 2018) made it so she couldn’t. In this statement Laymon is addressing the societal perception of African American women. The perception that ties them from power. Laymon however, does acknowledge that Michelle Obama has influence. Laymon involves a personal encounter with a black woman who quoted Michelle Obama when discussing what she as African woman will no longer tolerate, “The young woman could have quoted any American president, any southern writer, any Mississippi freedom fighter, in closing.”(2018). Laymon is bringing attention to the impact Michelle Obama has African American women. While also bringing to attention the inequality African Americans face, “ she, like us, knew that there was no limit to how low some Americans would go to see us suffer.” (Laymon, 2018). Throughout this writing Laymon acknowledges the recognition Michelle Obama receives and the importance of that recognition. However, he makes sure to include that action is just as important, “ I know we will be there accepting whatever she is offering, because we are hungry,”(Laymon, 2018). As a female African American reader I feel spoken for. I feel that Laymon is calling for the actions needed by African American representation. Laymon is able to grasp my attention as a reader because I support his cause.

On page 99 of Heavy by Kiese Laymon (2018) I finally caught a glimpse of the novel. The page made me think and left room for open interpretation. I feel this was an intent of Laymon because his work is to address the nation, which is a broad audience, “making you feel what you didn’t want to feel when you didn’t want to feel it was one of the best feelings in my world,” (Laymon, 2018. pg. 99). I personally drew this line to the idea of living behind a persona. This interpretation comes from the theme of secrecy which is one of the main ones in Heavy (Laymon, 2018). Secrecy can cause one to close off a version of themself that they are ashamed of. This is a relatable and hardly published issue. “Really, I was afraid I’d hurt myself or someone else if I ever got drunk again, ” (Laymon, 2018. pg. 99). Laymon is vulnerable and honest in his writing. He is willing to expose himself with the cause of bettering the world. Even while sharing his truth on this page he also addresses gender inequality, “I’d never not met one older man who treated women the way he’d wanted to be treated.” (Laymon, 2018. pg. 2018). Laymon addresses issues that need to be addressed and will risk exposing himself to do so. This is why I chose his novel.

The works of Laymon are strongly opinionated and full of raw emotion. Through his work he not only engages readers with his unfiltered diction while successfully spreading awareness on important issues. Laymon tackles the lack of African American representation, discrimination towards African Americans, and gender inequality and will continue to expose his truth to do so. These elements of Laymon’s writing are why I have chosen to read his memoir Heavy (2018).