The Life and Times of the Thunderbolt Kid: A Memoir by Bill Bryson traces Bryson's childhood in 1950s America. He relates an all-American experience in Des Moines, Iowa, full of family oddities, friendships, and his own rich imagination. The work intertwines the events, people, and inventions that transformed America during the decade, along with Bryson's own experiences and thoughts in fourteen themed chapters. Throughout, Bryson uses his alter ego, the Thunderbolt Kid, and his humorous reminisces to illuminate the concerns, preoccupations, and joys of a nation and a young boy in Iowa.

At some point in his childhood, Bryson decided that his biological parents could not possibly be his biological parents and he could not possibly be from earth. Finding an old football jersey with a golden thunderbolt on it that no one knew anything about confirmed for Bryson that he had been placed on this earth by King Volton of Planet Electro. Bryson spent his formative years vaporizing morons and perfecting ThunderVision, which allowed Bryson to see under women's clothing, if only in his imagination.

Aside from his superhero powers, Bryson experienced many of the trials and travails of childhood in the 1950s. He endured family vacations, annoying neighborhood kids, punishments at school, and a job as a paper boy. He learned that adults were not to be trusted, playtime disappointments were more disappointing because one never expected them, and that time moves especially slow when one was waiting for Christmas. Yet, Bryson's childhood also included many joys, including watching Mr. Milton belly flop off the high dive at the lake, reading comic books at the Kiddie Corral, and seeing movies each week with his mother.

Intertwined with Bryson's experiences are the events and people that made 1950s America what it was. He shows a nation filled with optimism and excitement over increasing prosperity and inventions like the television, fast food, dishwashers, and the hydrogen bomb. Yet, in the midst of digging swimming pools and investing for the future, Americans also dealt with fears over polio, Communism, and the potential for World War III. The decades of Bryson's childhood were both intoxicating and frightening for growing children and their parents.

Through the book, readers see Bryson growing up as the world around him changes. The places and people of his childhood would eventually pass on to become something altogether different, with just hints of the past. His recollections bring back a time that has largely passed, but that had a large impact on the nation and the generation of baby boomers.

Chapter 4, The Age of Excitement Summary and Analysis

Everything seemed better in the 1950s and people felt indestructible. Kids didn't wear helmets when riding bikes or seat belts in the car. All foods were good for people and every week brought news of something else that would just make life better. The military began testing atomic bombs in Nevada, which soon became a tourist attraction so people could feel the shake of the earth and see the mushroom cloud. 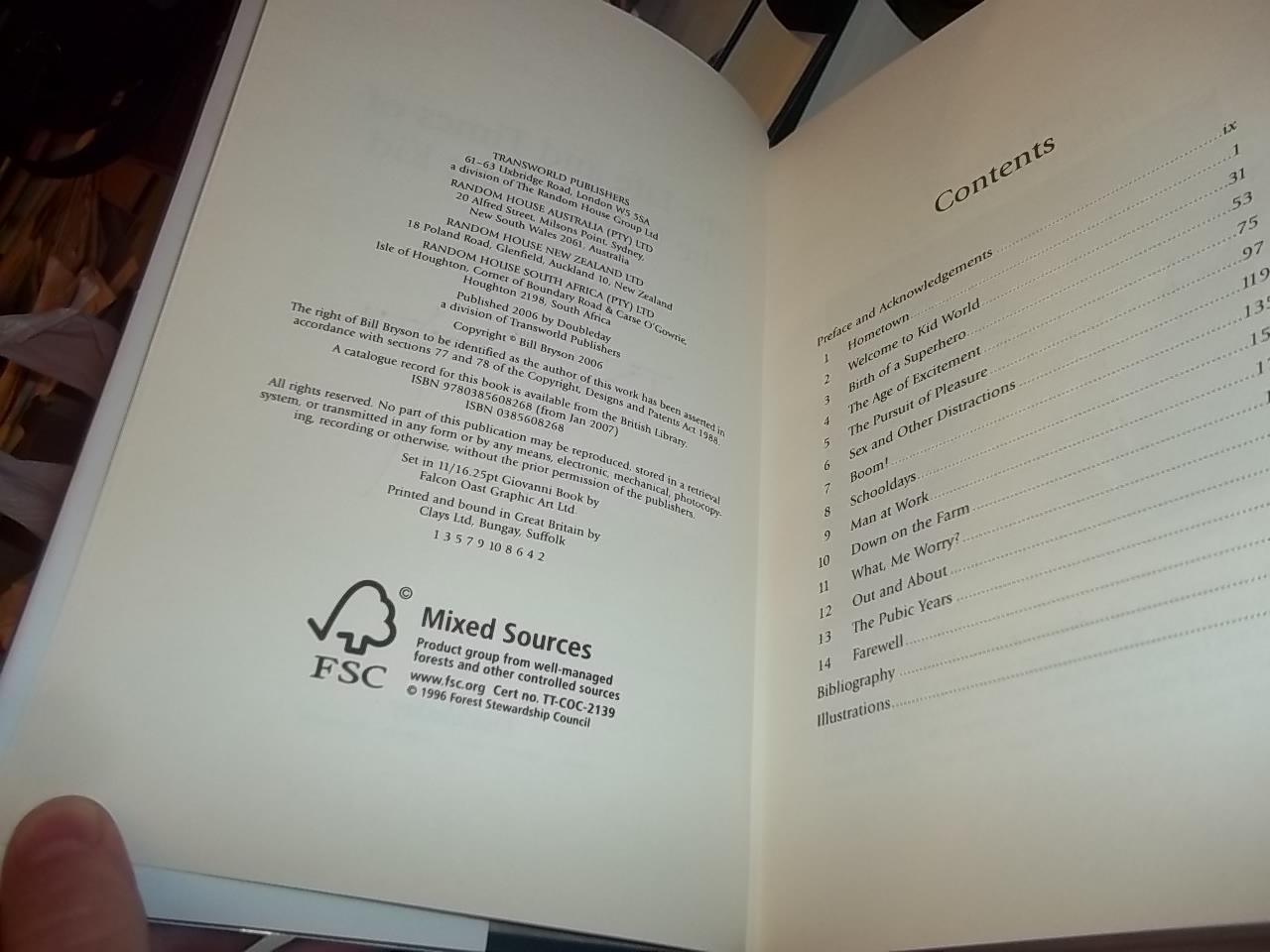 Warm and laugh-out-loud funny, and full of his inimitable, pitch-perfect observations, The Life and Times of the Thunderbolt Kid is as wondrous a book as Bill Bryson has ever written. It will enchant anyone who has ever been young. Travel Nonfiction Humor (Nonfiction) Details. Publisher: Books on.

The Life And Times Of The Thunderbolt Kid A Memoir

Television became the joy of the 1950s. Along with the television came TV dinners, created by C.A. Swanson and Sons. Television programs were different than today as well. Back then, commercials were built right into the show so the characters would pause during a conversation for an announcer to give the commercial.

The Life And Times Of The Thunderbolt Kid Pdf

The only thing that came close to the fascination...