What is the difference between TickTick and Evernote? Find out which is better and their overall performance in the productivity app ranking. Smartphones smartwatches headphones tablets. Overview Features + Add to comparison. Home Productivity app comparison Evernote vs TickTick. TickTick will automatically parse it into a reminder. Task duration Set up a duration for tasks that last longer. Duration is a premium feature. Multiple reminders or 'Annoying Alert' Create multiple reminders for one task, or enable 'Annoying Alert' to avoid missing. Integrate TickTick to Evernote: Appy Pie Connect helps you integrate TickTick and Evernote to automate workflow in just a few steps. Learn how TickTick + Evernote integrations work. Try a free trial today.

IFTTT (If This Then That) empowers your apps and devices to work together in a new way by establishing connections (“applets”).

In the applet of IFTTT, “This” is the Trigger; “That” is the Action. A simple example could be: 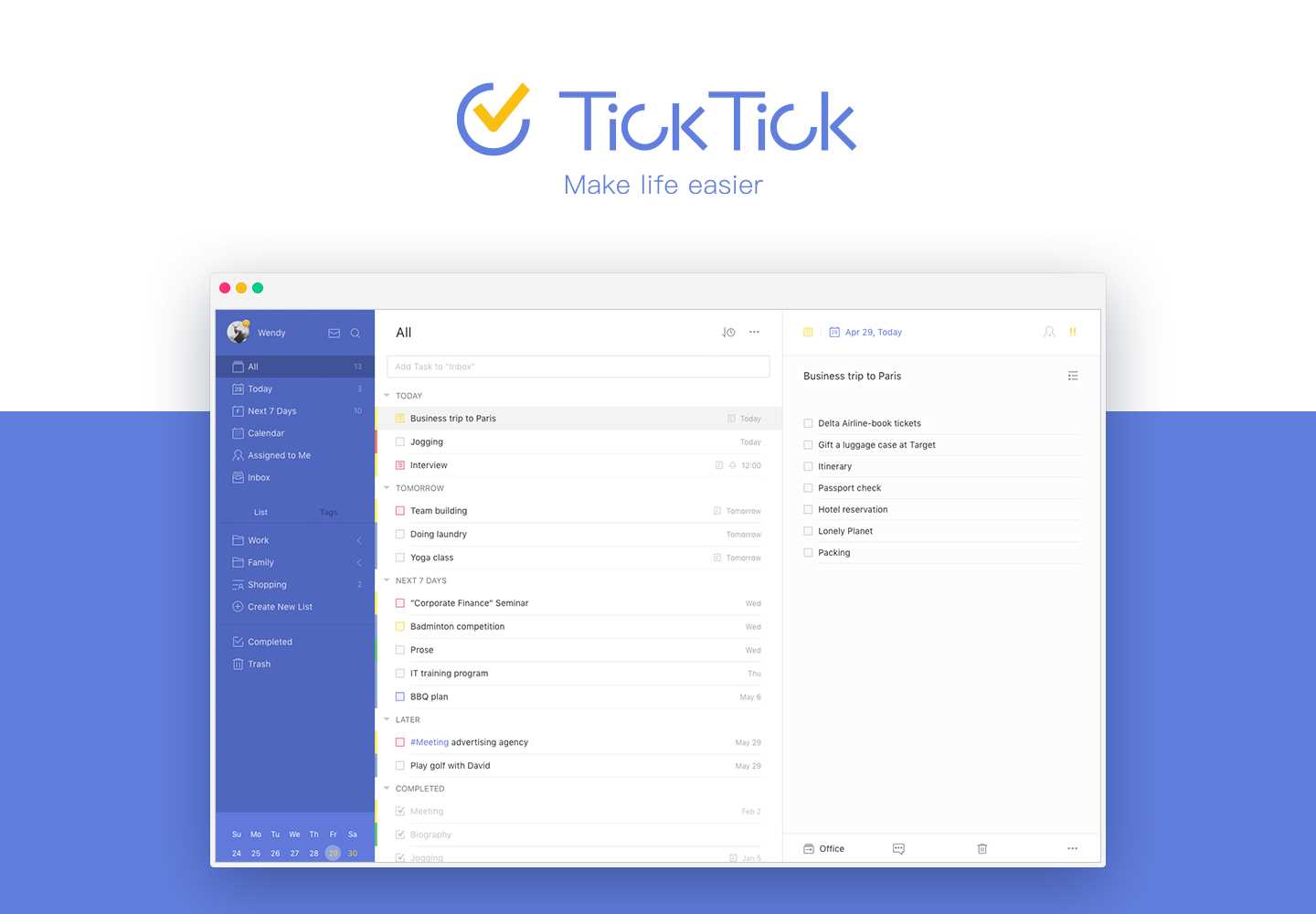 Explore popular connections on IFTTT to get some inspirations.

What does the TickTick and IFTTT integration do?

🔫 Make TickTick as a Trigger

The Trigger fires every time you add/ complete a new task in TickTick.

You could also go further to have more control over the Trigger. For example, configure the trigger to fire only when:

After everything is set up properly, information such as task name, task content, as well as Start & End Date will all be fired to the Action.

🎬 Make TickTick as an Action

The Action will add a task in a specific list in TickTick.

Just like what you could do with Triggers, it’s up to you to decide the list to which the task belongs, task name, task content, due date and priority.

How to connect TickTick with IFTTT?

1. IFTTT is free! If you haven’t got an IFTTT account yet, the first step will be signing up one;

2. Open TickTick’s IFTTT Channel and activate it in your IFTTT account;

@lifehacker​ The Beginner’s Guide to IFTTT

To celebrate the integration with IFTTT, we’re going to give away two TickTick yearly Premium to two lucky participants.

To participate, all you need to do is:

1. Make sure you’re a TickTick user

2. Create your own TickTick + IFTTT applet(s)

All participants have an equal chance to win! We’ll randomly draw from the full list by: Friday, April 17th at 11:59PM PDT . The two lucky winners will be announced in this blog. We hope you enjoy TickTick’s integration with IFTTT and the best of luck to win free Premium!

[📣 Updates] The two winners of the #TickTickIFTTT Giveaway are @dushenkevych and @spthealien. Congrats! Premium will be arriving soon. Winners please keep an eye on your Twitter/Facebook messages.

Thank you to everyone for participating! Wish you’re enjoying TickTick + IFTTT integration.

Recent dissatisfaction with my current GTD list manager, Evernote, coupled with the impending demise of my second-favorite solution, Wunderlist, led me to recently cast a line in the water in search of another similar list manager. While I'm likely going to stay with Evernote I was pleasantly surprised by a solution I found called TickTick and thought I'd let people know.
TickTick is very similar to Wunderlist, albeit a little rougher around the edges. From what I could tell by playing with it a bit, though, it's about as intuitive and easy-to-use as Wunderlist and quite GTD-friendly. It also offers integration with various electronic calendars so that you can view dated TickTick items in Google, Exchange and other calendars and vice versa; I can't vouch for that feature, though, because it's subscription only and at this point I'm not ready to subscribe.
I haven't used TickTick enough to give it a full-throated endorsement but if you're looking for an alternative to the soon-to-be sunset Wunderlist and don't want to use Microsoft's replacement, To-Do, I think this is at least worth a look.