The beginning of the year is a great time to get organized.

The stress of the holidays has passed, you have a fresh page to work with, and lots of motivation to make this the year the one you get it together.

For the past five years or so, tech-savvy New Year’s resolutionists have turned to one of two popular to-do list apps for getting organized: Todoist or Wunderlist.

In 2018, that classic rivalry has become a bit more complicated.

In honor of Sunday’s “Big Game,” let’s break down the competition between these simple but refined to-do apps. We’ll compare them on price, ease-of-use, popularity, and killer features.

But first, a little news on Wunderlist…

With the recent news that Microsoft has rolled out its To-Do app on Office 365, effectively graduating it from its eight-month preview phase, Wunderlist may finally be down to its final task: retiring.

This news shouldn’t come as a surprise to Wunderlist users, who have been ruefully anticipating the app’s shutdown for some time now.

Wunderlist, the beloved to-do list tool created by Berlin startup 6 Wunderkinderin 2011, was purchased by Microsoft in 2015 after cultivating a devoted following. Last spring, Microsoft announced that the assimilated Wunderlist team would be replacing their namesake app with a new app called Microsoft To-Do.

That was almost a year ago. But like Brett Favre between 2006 and 2010, Wunderlist has continued to play through retirement speculation.

Wunderlist hasn’t received any updates or bug fixes for several months, but it has retained its loyal users. In December, the Wunderlist team wrote that full retirement “won’t happen in the next few months and we’ll be sure to give our users plenty of notice beforehand.”

In Wunderlist blog comments, users fretted over the decision to replace Wunderlist with a Microsoft product, while Wunderlist product managers reassured them that the new app would be everything that Wunderlist ever was, and more.

A sampling of the Wunderlist team’s spin control: 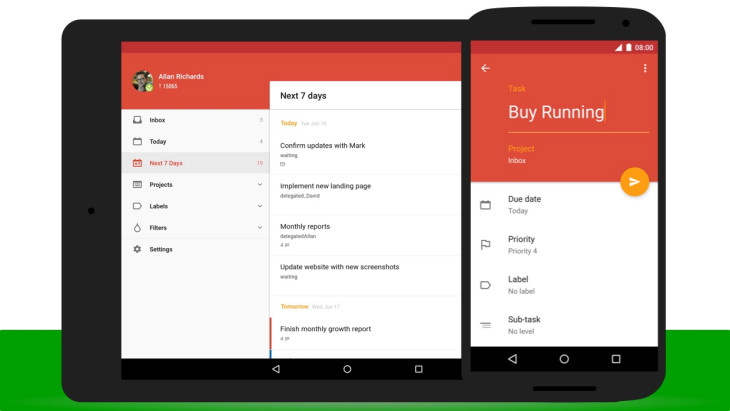 So what does all this mean?

If you’re looking for a simple, powerful to-do app, Wunderlist used to be an obvious choice. But now that it’s going away, you might be asking yourself: should I just migrate to Microsoft To-Do, or look elsewhere?

That’s where Todoist enters the conversation.

Before Wunderlist came along and stole much of its thunder, Todoist was a phenom in the world of project management tools.

The app was created by Bosnian refugee Amir Salihefendic in 2007 as a way for him to organize his own projects. He eventually shared it with the world, and attracted millions of users, transforming the app from a side project into a full-on enterprise.

When Wunderlist burst onto the scene, it became the Pepsi to Todoist’s Coca-Cola. Type one into any search engine and the other will prominently feature in your results as an alternative.

Now that Wunderlist is being replaced by Microsoft To-Do, it’s time for a rematch. Let’s see how the revamped tool compares to its predecessor.

In the spirit of the Super…err, “The Big Game,” lets break this one down position by position. 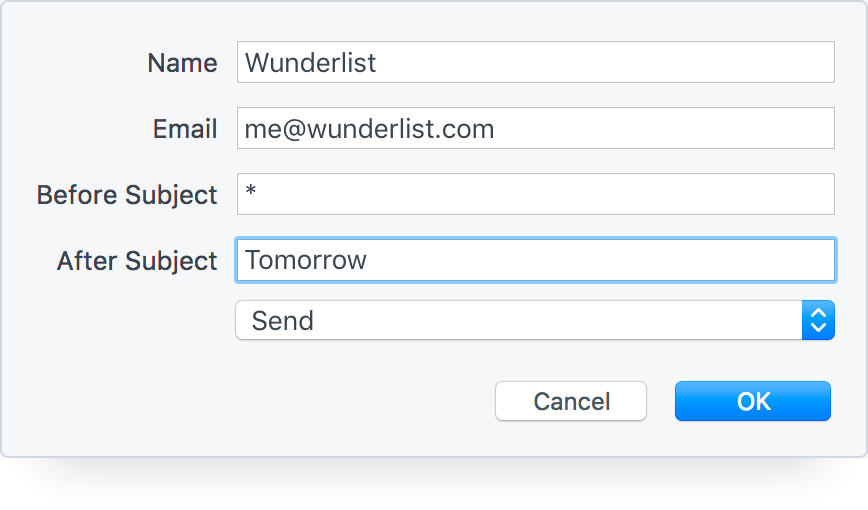 Todoist and Microsoft To-Do, two task management champions. What made them rise above the competition, and what sets them apart from each other?

First, let’s look at the standout features the apps have in common.

It doesn’t cost a dime to start using Todoist or Microsoft To-Do. But, what if you want to upgrade? Here’s what you’ll get for that extra coin:

The takeaway: With Microsoft To-Do, what you see in the free version is what you get. With Todoist, you can expand feature functionality, but it will cost you. 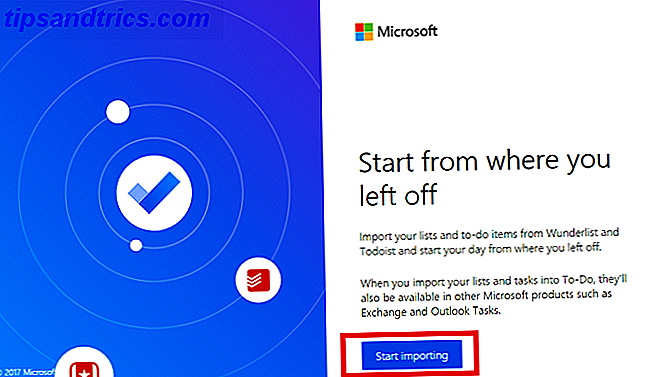 If you’re looking for a to-do list tool, I’m assuming you’re looking to streamline your business and personal lives. After all, no one ever said, “I need to get organized. Let me find the most complicated to do list tool out there.”

Both Todoist and Microsoft To-Do had this in mind when they built their apps. There’s not a lot nonsense to sift through, just open them up and start adding tasks to your list.

Especially in these early stages, Microsoft To-Do looks almost barren. Expect a bit more bling as you add tasks and the app reaches maturity. (Predecessor Wunderlist has a 5/5 ease of use rating based on more than 100 reviews in Capterra’s directory. Have you used Wunderlist? Leave your own review!)

Todoist has a 4.5/5 ease of use rating in Capterra’s directory, based on more than 80 reviews. (Have you used Todoist? Leave your own review!)

One could argue that Todoist has more features, and therefore is a tad more complicated.

The takeaway: You won’t get lost using either app, but if you were looking for one to recommend to your tech-averse grandmother, Microsoft To-Do is a little more straightforward.

How To Transfer Wunderlist To Todoist

If you consider that Office 365 has an install-base of more than 85 million users, Microsoft To-Do is present on more devices than Todoist (though those users aren’t necessarily using the To-Do app).

Even before it was acquired by Microsoft, Wunderlist claimed more than 13 million users.

The takeaway: Wunderlist was the more popular option before the Microsoft acquisition, but Todoist has gained a lot of ground while Microsoft To-Do finds its feet.

Setting aside things like collaboration and subtasks—which were standard on Wunderlist but are still making their way over to Microsoft To-Do—each app has a standout feature that makes it unique.

For Todoist, it’s gamification. With every task you complete, you gain Karma points. You earn extra Karma when you reach personalized daily and weekly goals. When you gain enough points, you level up, moving from beginner up through “Enlightened.”

It’s little features like this, along with inspirational quotes and quips, that make Todoist feel a little more lived in.

From your pool of tasks in the app, you can—at the beginning of each day—pull out a few to tackle. It’s very Agile-friendly.

The takeaway: There’s no doubt about it, Todoist has a lot more to offer right now, though some of those features are locked behind the $29.99/year paywall. Microsoft To-Do, is a rock-solid, streamlined to-do app. And if My Day is any indication, it’s only going to get better.

Currently, Todoist is the more established, cozy, fully-featured to-do app. You can turn completing tasks into a fun game, collaborate, set reminders, make subtasks, and attach files. To do this, all you need is enough cash for the $2.50/month price tag.

If you’re a Wunderlist power user who just can’t stand to see your reliable to-do list fade into the night, you should at least try Microsoft To-Do. Heck, you can even tweak the theme to look a little more like Wunderlist. It’s sleek and clean, the My Day feature is a game changer, and more features are on the way.

These are both simple, elegant to-do list apps, not sprawling CRMs. It’s easy to take them for a spin. I recommend trying them out yourself. Test drive each for a few days or a week, and see which one feels more comfortable.

The takeaway: If you’re used to advanced features—like collaboration, subtasks, and file attachments—opt for Todoist. Microsoft To-Do just can’t compete feature-wise at this stage in its development. Todoist also makes more sense if you’re a G Suite power user because of its native integrations.

If you’re just getting started with a to-do app and don’t know what any of these things even mean, start with Microsoft To-Do. It’s extremely simple, and completely free. It also makes more sense if you’re a devoted Office 365 user. The biggest wildcard for the Microsoft product is which new features and apps are on the way, and how long they’ll take.

How do you get organized?

We set out to help you decide whether you want to use Todoist or Microsoft To-Do to get your act together in 2018, but if you like another task management app better than these heavy hitters, drop a line in the comments below!

If reading more articles about to-do list tools is next up on your task list, check these pieces out: