You'll need to set up a development environment if you want to develop a new feature or component for Home Assistant. Read on to learn how to set up.

The easiest way to get started with development is to use Visual Studio Code with devcontainers. This approach will create a preconfigured development environment with all the tools you need. This approach is enabled for all Home Assistant repositories.

When you open this repository with Visual Studio code you are asked to 'Reopen in Container', this will start the build of the container.

The devcontainer comes with some useful tasks to help you with development, you can start these tasks by opening the command palette and select Tasks: Run Task then select the task you want to run.

When a task is currently running (like Preview for the docs), it can be restarted by opening the command palette and selecting Tasks: Restart Running Task, then select the task you want to restart.

It is also possible to set up a more traditional development environment. See the section for your operating system. Make sure your Python version is 3.7 or later.

To develop on Windows, you will need to use the Linux subsystem (WSL). Follow the WSL installation instructions and install Ubuntu from the Windows Store. Once you're able to access Linux, follow the Linux instructions.

The first time a WSL distribution is started, and the default WSL user account is created, the Windows drives will still be mounted with all files owned by root:root instead of owned by the default user, i.e. with uid=0,gid=0 included in the mount options as shown by:

This will cause the setup script to fail with an unrelated error if the local repository is on a Windows drive. To recover, WSL must be restarted after which the Windows drives will be mounted with all files owned by the default WSL user. This can be accomplished by simply restarting the computer, or by issuing the following command from a windows command prompt:

After WSL is restarted, the mount's uid and gid will match the default user.

Install Homebrew, then use that to install the dependencies: 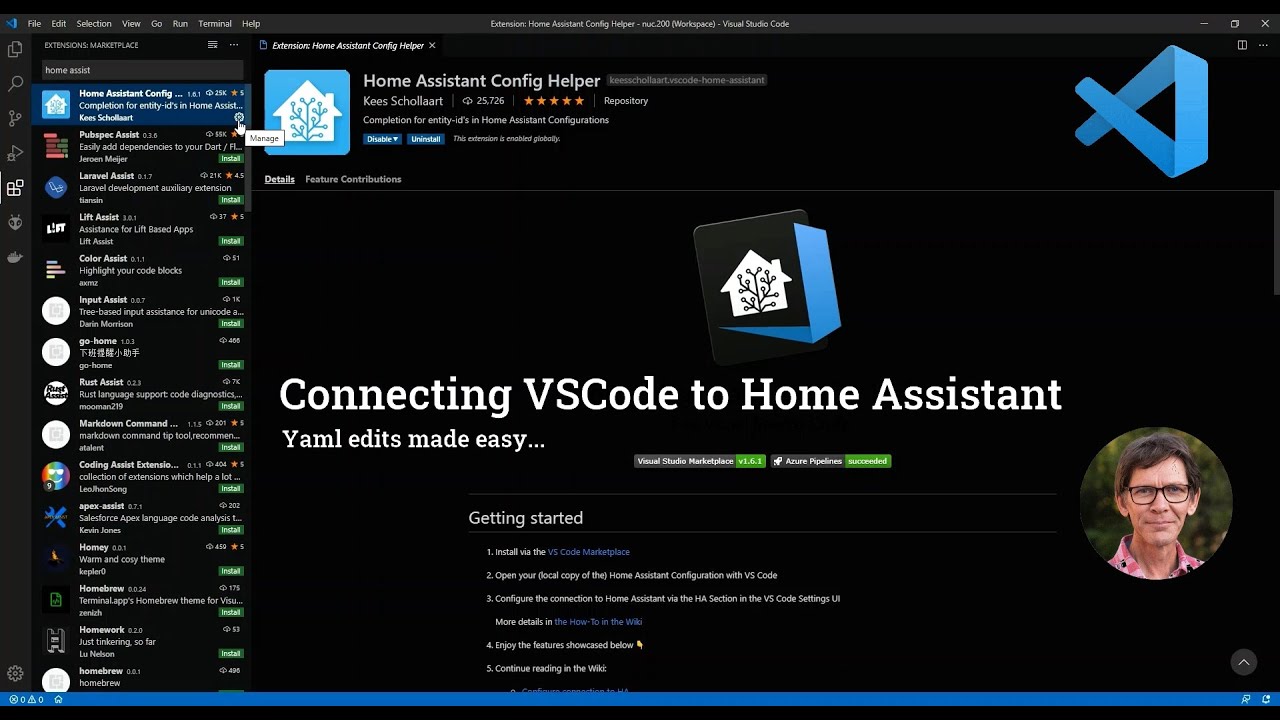 Visit the Home Assistant Core repository and click Fork.Once forked, setup your local copy of the source using the commands:

Install the requirements with a provided script named setup.

This will create a virtual environment and install all necessary requirements. You're now set!

Each time you start a new terminal session, you will need to activate your virtual environment:

After that you can run Home Assistant like this:

The Home Assistant configuration is stored in the config directory in your repository.